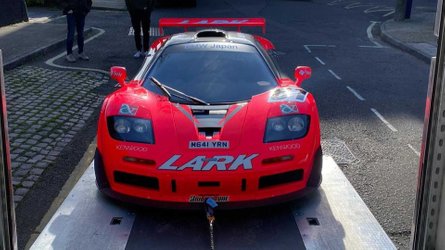 Putting the wrong fuel in your car’s fuel tank is always a massive headache. If you drive a modern car, there’s less chance to fill up diesel instead of gasoline or vice versa — simply because the wrong nozzle won’t fit in the hole. Even so, the gas station could get things wrong, but that’s a very rare case. If you drive an older car, however, you should be more careful as there’s nothing that stops you from filling the wrong fuel. And as you probably know, the McLaren F1 GTR is a relatively old car.

The first example of the race car was built in 1995, which was years before some manufacturers started installing misfuelling prevention devices. As you could imagine, with the F1 GTR’s large fuel aperture, it’s really not that difficult to fill up a tank of diesel instead of the good old gasoline. And that’s exactly what amateur racing driver Francois Perrodo did recently. Ouch!

Admitting that you’ve made a mistake is always a hit to your ego. But Perrodo decided to take his mistake to social media for everyone to see it and probably laugh at it. In two Instagram posts, Perrodo explains how he wanted to have a nice track day a few weeks ago but everything ended up with the F1 GTR not starting its engine. And a “Francois No Diesel” sticker above the car’s fuel cap.

“I don’t know what went through my head at that precise moment (actually, probably nothing) but I was so happy and excited I just grabbed the first nozzle available (which incidentally was blue, like 97 ultimate!) and then I started filling the car,” Perrodo says. “Anyhow, very important word of advice to McLaren F1 owners: the car is brilliant and you’d think Gordon made zero compromise. Except he did one, the car won’t run on diesel…”

We don’t know what’s the current condition of the vehicle and if it’s able to start its engine. However, if you put a tank of diesel into a gasoline car, typically you’d need to drain the fuel tank, flush the entire system, and replace the fuel filters. If you are lucky, the engine will run smoothly again just a few miles after giving it the fuel it requires. With the F1 GTR, though, we are not so sure it’s that simple.