Just as it makes major electric vehicle commitments here in the U.S., including the development of new modular platforms and the establishment of the Model E division dedicated to EVs, Ford is also making significant moves over in Europe.

The automaker on Monday said it will add to its EV lineup in Europe three new passenger vehicles and five new commercial vehicles by 2024 as part of a plan to grow EV sales in the region to 600,000 units annually by as early as 2026, or over two million worldwide by the same date.

When it comes to electric passenger vehicles, Ford already offers the Mustang Mach-E in Europe. In 2023, it will start sales of a small crossover that will use Volkswagen Group’s MEB platform under a deal hammered out between the two automakers in 2019. The MEB platform is used in multiple VW Group vehicles including Volkswagen’s ID.4 small crossover and recently revealed ID.Buzz van.

In 2024, Ford will launch another crossover, also based on the MEB platform. It’s described as a sport crossover, and will likely end up as being a more coupe-like version of the first crossover, similar to how VW offers ID.4 and ID.5 siblings. 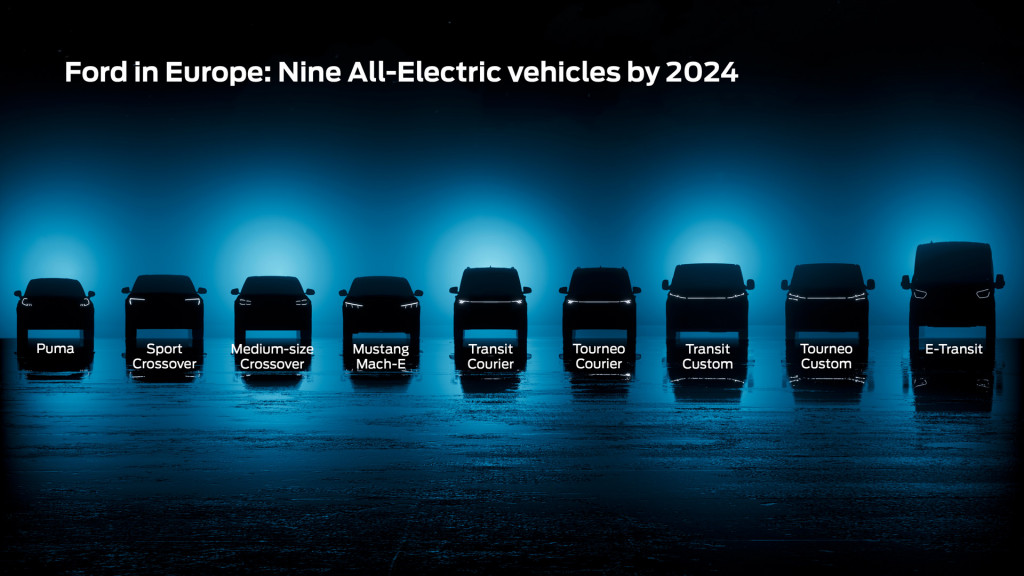 Ford in 2024 will also add an electric option to the current Puma subcompact crossover on sale in Europe.

To ensure adequate supply of batteries, Ford is constructing a battery plant at its plant in Cologne, Germany, which is scheduled to open in 2024. The Cologne plant is also where Ford will build its MEB-based vehicles.

Ford has also signed a Memorandum of Understanding for the establishment of a battery joint venture in Turkey, together with Korean battery company SK On and Turkish conglomerate Koc Holding. The joint venture will operate a plant near Ankara, construction of which will start around the middle of the decade.

Polestar Gears Up To Develop Production-Spec Precept In The UK