Stellantis provided an early look at an electric Ram 1500 pickup truck during a presentation held on Tuesday outlining the company’s electric vehicle plans for the coming decade.

The look came in the form of some teaser shots that suggest a much more modern design compared to the internal-combustion 1500 on sale today. It’s a strategy similar to what Chevrolet did for its electric Silverado due in 2023.

The electric 1500 is due in 2024 and is being developed on a dedicated EV platform known as STLA Frame. The platform, one of four modular designs that will underpin Stellantis’ future EVs, has been designed for body-on-frame vehicles like pickup trucks, large SUVs, and some commercial vans, and in some guises will offer up to 500 miles of range. 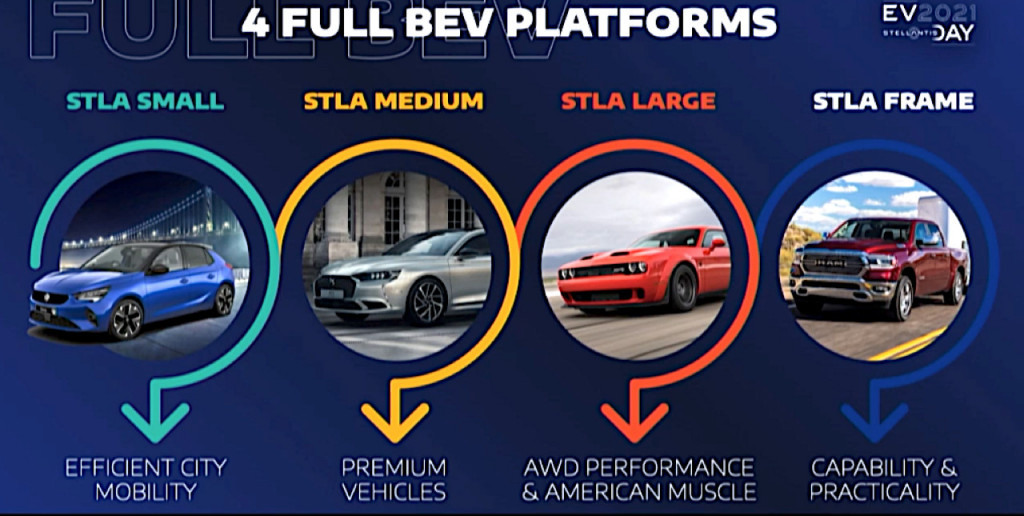 Speaking during the presentation, Stellantis CEO Carlos Tavares said the electric 1500 will outperform all competitors on range, as well as key pickup attributes such as towing capacity and payload. That’s a big call given the impressive performance of electric pickups that have already been launched such as the Rivian R1T and Ford F-150 Lightning, but Ram still has some years to develop its truck.

Speaking of the development, Ram in February said it is calling on consumers to help shape the electric 1500. Ram launched the program Ram Revolution, which provides consumers with a chance to offer their own input. The input will be used to help shape a concept that Ram will use as inspiration for the design of the electric 1500. This means the design shown in the teasers here may morph as we edge closer to the launch in 2024.

Stellantis has confirmed that it will have at least 75 electric nameplates on offer by 2030, including more than 25 in the U.S. One of these will be a new Jeep model that’s due in the first half of 2023 and was also previewed during Tuesday’s presentation.

“I’m Sure We Were Drunk When We Said Yes”