Wisconsin-based hot rod builders Ringbrothers are back with another overhauled Dodge Charger the company says took 4,000 hours to build.

Known as Captiv, the 1969 Dodge Charger was built for New Zealand-based racing driver and television personality Greg Murphy, according to Ringbrothers..

That power, which Ringbrothers considers to be a “streetable” amount, is sent to the rear wheels through a Tremec 6-speed manual transmission and a carbon-fiber driveshaft. The engine breathes through a custom Flowmaster exhaust system. 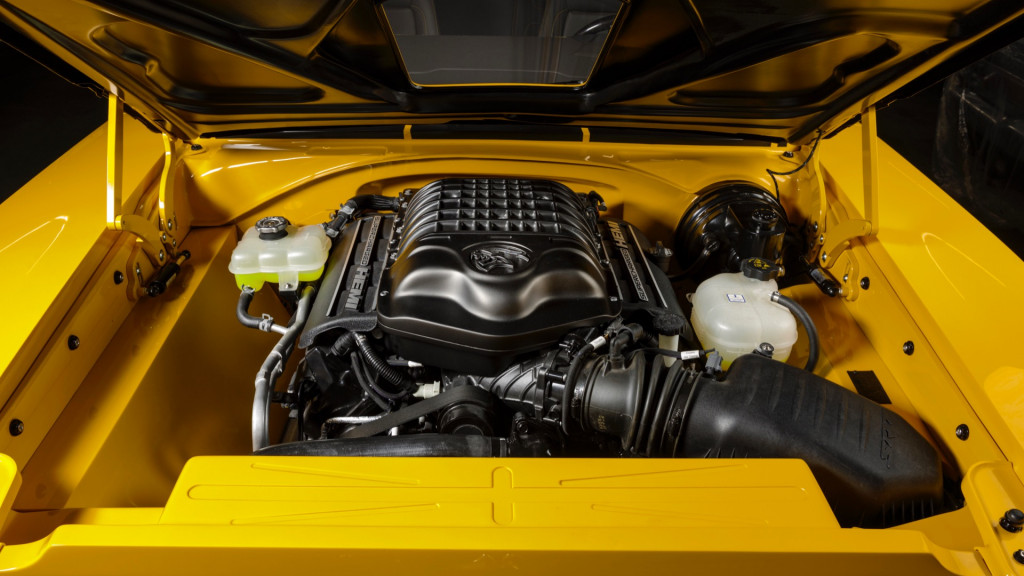 Other mechanical upgrades include Baer 6-piston brakes, adjustable shocks, Michelin Pilot Sport 4S tires, and a MoTeC engine-management system and gauges. It also got some billet aluminum parts from Ringbrothers’ own catalog, including a new steering wheel.

The Charger also got a custom paint color called “Pile Up Yellow” with retro-looking black graphics (which help camouflage the supercharger poking through the hood). Work on the car took place on both sides of the Pacific, with Murphy and his team completing disassembly and some prep work before shipping the Charger more than 8,000 miles to Ringbrothers in Wisconsin for completion of the build.

Bright yellow exterior aside, this Charger is fairly tame by Ringbrothers’ standards. The shop has turned out an 1,100-hp AMC Javelin AMX—powered by an uprated version of the same 6.2-liter V-8 used in the Captiv Charger—as well as a 1,000-hp 1966 Chevrolet Chevelle and Madam V, a 1948 Cadillac upgraded with components from a pair of modern ATS-V Cadillacs.