Round 21 of the 2021 Formula One World Championship takes place this weekend in Saudi Arabia.

Saudi Arabia joins Qatar as a new location on the F1 calendar, and the inaugural round is this season’s penultimate. The title fight is still very much alive even at this late stage, with Red Bull Racing’s Max Verstappen in the lead and chasing his first world championship. Mercedes-Benz AMG’s Lewis Hamilton is the only other title contender. The reigning champion is chasing a record eighth title.

For Verstappen to win the championship in Saudi Arabia, he’ll need to finish at least second and claim the bonus point for the fastest lap, and Hamilton to finish 10th or lower. Given Hamilton’s performance throughout the season, the title fight is most likely going to continue to the final round in Abu Dhabi next weekend.

The inaugural Saudi Arabian Grand Prix is taking place at the Jeddah Corniche Circuit, a street circuit located in the coastal city of Jeddah. The layout was designed by well-known circuit architect Hermann Tilke. 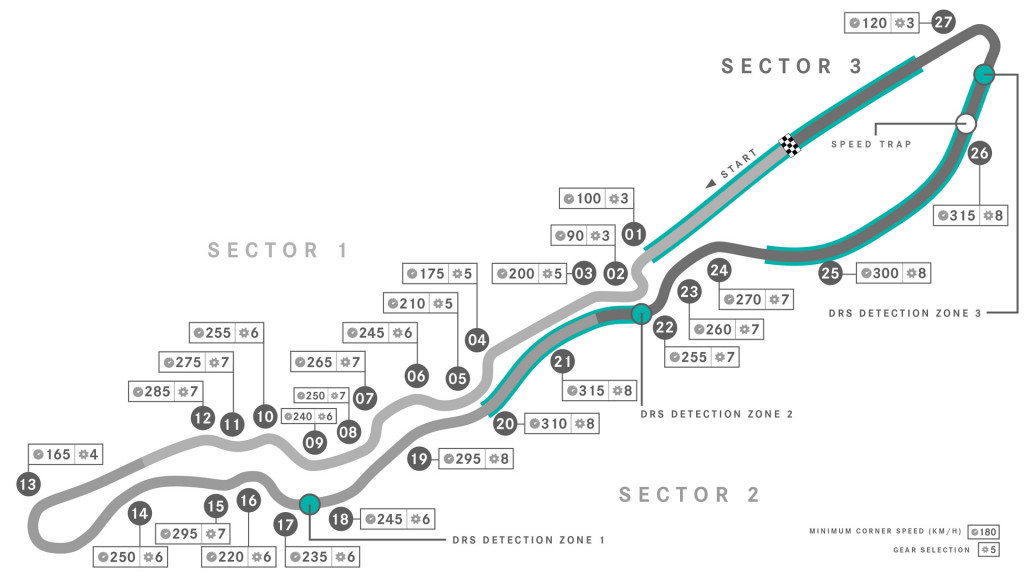 It features a long section that follows the coastline and measures a total 3.83 miles, making it the second longest track on the calendar after Belgium’s Spa-Francorchamps. Where it differs from other street circuits is in its flowing corners without the usual 90 degree turns passing close to the walls. There are also sections that look like being very high speed, with some simulations suggesting an average speed of about 160 mph and speeds of more than 200 mph in some sections. Three DRS zones are planned, while other sections also offer overtaking possibilities. Drivers will complete 50 laps during Sunday’s night race.

Weather conditions are set to be warm but humid. As the track has never been used before for a race, drivers can expect a slippery surface during Friday’s practice, with grip levels improving during the course of Saturday’s qualifying and Sunday’s race. Formula 2 and a Porsche competition are running as support events, which will help track evolution.

Going into the weekend, Verstappen leads the 2021 Drivers’ Championship with 351.5 points. Hamilton is second with 343.5 points and fellow Mercedes driver Valtteri Bottas is third with 203 points. In the Constructors’ Championship, Mercedes leads with 546.5 points versus the 541.5 of Red Bull and 297.5 of Ferrari.

Ferrari Daytona SP3 Caught On The Road Looking Rather Special