The latest episode of “Jay Leno’s Garage” features what could be called a proto-muscle car. It’s a 1964 Dodge Polara with a massive V-8 under the hood.

The muscle car era is generally considered to have started in 1964 with the Pontiac GTO. But some cars fitting that template appeared before the GTO or, in this case, at virtually the same time.

While most Polaras left the factory with unremarkable powertrains, this one has the 426-cubic-inch Street Wedge engine. While it has the same displacement as the legendary 426 Hemi, the Street Wedge is a different engine without hemispherical combustion chambers. This car has a 4-speed manual transmission, with a Hurst shifter and floor-mounted tachometer. 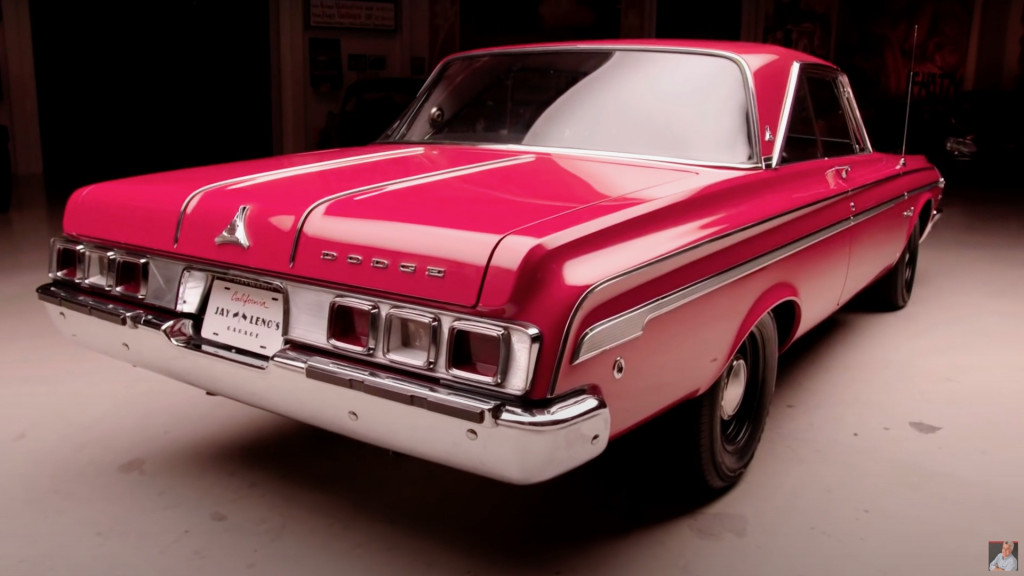 Debuting in 413-cubic-inch form, Chrysler installed the Wedge engine in Dodge (and Plymouth) road cars to meet homologation requirements for NASCAR and drag racing. That made this engine the direct predecessor to the 426 Hemi, which debuted in racing form in 1964 and made it into road cars shortly after.

This car remains mostly stock, but with modern hardware like an MSD ignition system, Optima battery, and Wilwood disc brakes. It’s also got exhaust cutouts, so you’ll definitely want to check out the full video to hear that exhaust note.

Title fight goes down to the wire