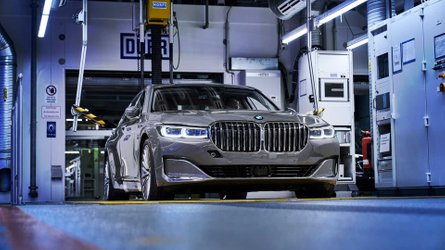 Whether we like it or not, semi-autonomous and full autonomous driving capabilities seem to be the future. Given that almost every manufacturer is developing their systems, it’s practically an inevitability. Right now, it’s the luxury automakers and tech companies that are making a lot of noise about it.

One of them is BMW, and they have set a pretty ambitious target for themselves. According to Frank Weber, BMW Director of Development, we can expect Level 3 autonomy to be featured in the 2023 7 Series. That is what he told Forbes in a recent interview. But what exactly is Level 3 Autonomous Driving?

An example of Level 3 autonomy is a “traffic jam chauffeur” of sorts. The car can accelerate, decelerate, and stop itself when the system is engaged. The vehicle can also steer itself with no assistance for as long as the system’s conditions are met. However, the car will still tell the driver to take over manual control if deemed necessary. That means the driver must still be aware of road hazards and override the vehicle in case of an emergency maneuver.

BMW is firm that you will see this sort of feature in their vehicles as early as next year. However, do note that it will be an option instead of being standard. Aside from the 7 Series flagship sedan, Forbes says that it will also be available in the recently-released iX crossover.

Because of the trickle-down effect, we can expect this sort of technology to appear in the more affordable models. We can perhaps see it next in the 5 Series, then down to the 3 Series, and, eventually, to the entry-level models such as the X1 and 1 Series. BMW aims to be the first manufacturer to offer Level 3 autonomy in the United States.