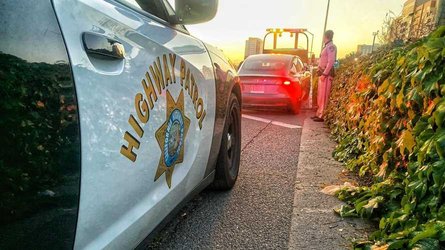 Autonomous driving technologies have been enjoying a rapid improvement in the last few years. From the very first adaptive cruise control systems that can be described as early self-driving tech, to the precise radar-based systems of today, the industry has gone a long way in the development of autonomous tech.

We know this is the future, though it’s safe to say we are still years, if not decades, away from seeing cars safely transport their owners from A to B without human input. And we are not saying this just because we love driving cars – there are multiple tech and legal problems that need to be solved before this happens.

Today, we are still in the middle of the development and adoption of autonomous systems. Manufacturers like Tesla have technology that’s close to full self-driving capabilities but, again, it’s still too early to call it that. Yes, you can trick the machine to drive itself – and this isn’t even difficult – but it’s wrong, illegal, and dangerous. Param Sharma now probably knows that better than anyone else.

The California Highway Patrol (CHP) has just announced it has arrested the 25-year-old Sharma for “reckless driving of a Tesla while in the backseat on Interstate 80 (I-80) in the Bay Area.” Multiple 911 calls on May 10 signaled he is on the backseat of a Tesla Model 3 without anyone seated in the driver’s seat. A police officer quickly confirmed the information and initiated an enforcement stop.

This is probably not Sharma’s first time on the backseat of his Tesla as he’s been captured on video “operating his vehicle in the same reckless manner” before. Following his arrest earlier this week, he will face two counts of “reckless driving and disobeying a Peace Officer.” His Tesla was towed for evidence as the incident remains under investigation.

2023 Subaru Outback clads itself in a revised design